Sir Ben Kingsley, CBE (born Krishna Pandit Bhanji; 31 December 1943) is an English actor. In a career spanning over 40 years, he has won an Oscar, Grammy, BAFTA, two Golden Globes and Screen Actors Guild awards. He is known for his starring role as Mohandas Gandhi in the 1982 film Gandhi, for which he won the Academy Award for Best Actor. 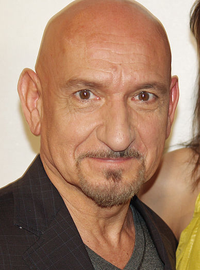 image credit
Ben Kingsley by David Shankbone, is licensed under cc-by-sa-3.0, resized from the original.