Barbra Joan Streisand (born Barbara Joan Streisand, /ˈstraɪsænd/; April 24, 1942) is an American singer-songwriter, author, actress, writer, film producer, and director. She has won two Academy Awards, eight Grammy Awards, five Emmy Awards including one Daytime Emmy, a Special Tony Award, an American Film Institute award, a Kennedy Center Honors award, a Peabody Award, and is one of the few entertainers who have won an Oscar, Emmy, Grammy, and Tony Award.She is one of the best selling female artists of all time, with more than 71. According to the RIAA, she has released 51 Gold albums, 30 Platinum albums, and 13 Multi-Platinum albums in the United States. 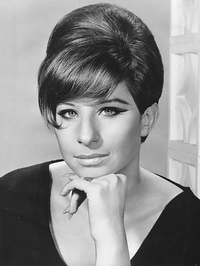