Anne Frances Murphy (born December 19, 1986) is a Canadian actress. She is best known for her starring role as Alexis Rose in the CBC sitcom Schitt's Creek (2015–2020). For her performance in the series, she garnered critical acclaim and won a Primetime Emmy Award and a Screen Actors Guild Award, while also receiving nominations for four Canadian Screen Awards, three Screen Actors Guild Awards, two Critics' Choice Television Awards, and one Golden Globe Award. 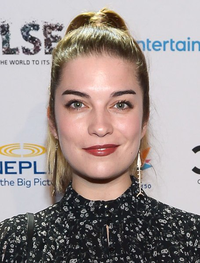