Amy Elizabeth Fisher (born August 21, 1974) is an American woman who became known as "the Long Island Lolita" by the media in 1992, when, at the age of 17, she shot and severely wounded Mary Jo Buttafuoco, the wife of her alleged lover Joey Buttafuoco. She was initially charged with first-degree attempted murder, but eventually pleaded guilty to first-degree aggravated assault and served seven years in prison. After her parole in 1999, Fisher became a journalist and writer, before embarking on a short-lived career as a pornographic actress in 2007. 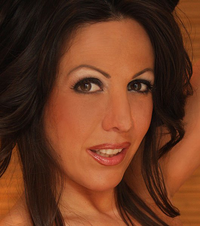