Amy Frederica Brenneman (born June 22, 1964) is an American actress, writer, and producer. Brenneman rose to prominence after her performance as Detective Janice Licalsi in the ABC police drama series NYPD Blue (1993–1994), for which she was nominated for two Primetime Emmys. She later starred in various films, including Heat, Fear, and Daylight. 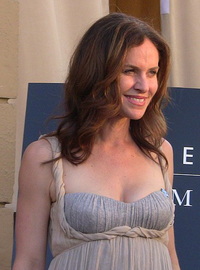 image credit
Amy Brenneman by Kristin Dos Santos, is licensed under cc-by-sa-2.0, resized from the original.