Mary Lillian Ellison (July 22, 1923 – November 2, 2007) was an American professional wrestler, better known by her ring name The Fabulous Moolah. She began her career working with promoter Billy Wolfe and his wife, wrestler and trainer Mildred Burke, as well as working alongside professional wrestler "Nature Boy" Buddy Rogers. She won the NWA World Women's Championship in 1956 and was the most prominent holder of the title for approximately the next thirty years. In 2010, WWE recognized her as the 27th best wrestler ever. 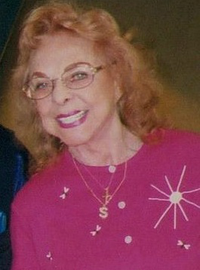 image credit
The Fabulous Moolah by Paul Billets, is licensed under cc-by-sa-4.0, resized from the original.