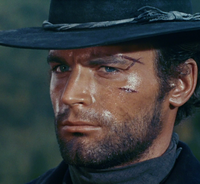 Terence Hill (born Mario Girotti; 29 March 1939) is an Italian actor, film director, screenwriter and film producer. Hill is an Italian actor who began as a child actor and went on to multiple starring roles in action and other Italian films, many with longtime film partner and friend Bud Spencer. During the height of his popularity Hill was among Italy's highest-paid actors, Hill's most widely seen films include comic and standard Westerns all´Italiana ("Italian style Westerns", colloquially, "spaghetti westerns"), some based on popular novels by German author Karl May about the American West. Of these, the most famous are Lo chiamavano Trinità (They Call Me Trinity, 1971) and Il mio nome è Nessuno (My Name Is Nobody, 1973), co-starring Henry Fonda. His film Django, Prepare a Coffin, shot in 1968 by director Ferdinando Baldi, and co-starring Horst Frank and George Eastman, was featured at the 64th Venice Film Festival in 2007. Hill, whose stage name was the product of a publicity stunt by film producers, also went on to a successful television career in Italy, including the long-running lead and title role of Don Matteo (2000-), about an inspirational parish priest who assists the Carabinieri in solving crimes local to his community, a role for which Hill received an international "Outstanding Actor of the Year" award at the Festival de Télévision de Monte-Carlo 42e (42nd Monte Carlo Television Festival).
birthtime credit:
Gauquelin / Accuracy: excellent

END_OF_DOCUMENT_TOKEN_TO_BE_REPLACED 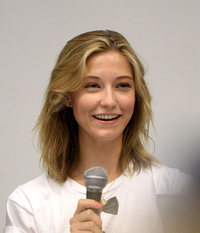 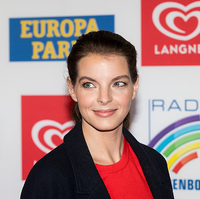 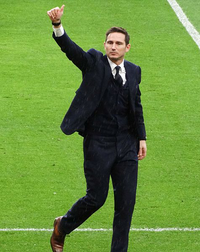 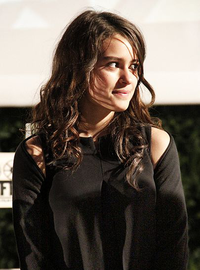