Matthew Richard "Matt" Stone (born May 26, 1971) is an American actor, animator, screenwriter, television director, producer, singer, and songwriter. He is best known for being the co-creator of South Park along with his creative partner and best friend Trey Parker, as well as co-writing the 2011 multi-Tony Award winning musical The Book of Mormon. Stone and Parker launched their largely collaborative careers in 1989 when they met at the University of Colorado Boulder. 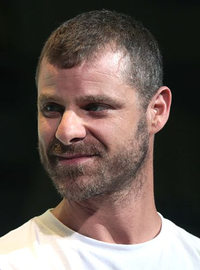 image credit
Matt Stone by Gage Skidmore, is licensed under cc-by-sa-3.0, resized from the original.