James Garner (born James Scott Bumgarner; April 7, 1928) is an American film and television actor, one of the first Hollywood actors to excel in both media. He has starred in several television series spanning a career of more than five decades. These included his popular roles as Bret Maverick in the 1950s western-comedy series, Maverick, and Jim Rockford in the 1970s detective drama, The Rockford Files. He has starred in more than fifty films, including The Great Escape (1963), Paddy Chayefsky's The Americanization of Emily (1964), Blake Edwards' Victor Victoria (1982), Murphy's Romance (1985), for which he received an Academy Award nomination, and The Notebook (2004). 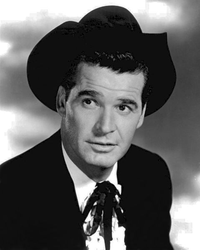