Georg Stanford Brown (born June 24, 1943 in Havana, Cuba) is a Cuban-American actor and director, perhaps best known as one of the stars of the ABC police television series The Rookies from 1972–76. On the show, Brown played the character of Officer Terry Webster.During the 1960s, Brown had a variety of roles in television and film, including a portrayal of Henri Philipot in 1967's The Comedians, and playing Dr. More recently, Brown had a recurring role on the FX drama series Nip/Tuck. 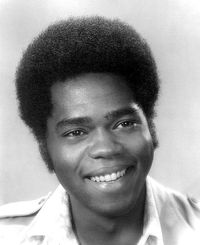