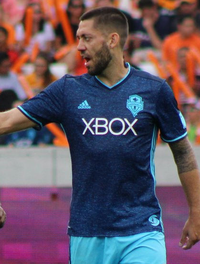 image credit
Clint Dempsey by Victor Araiza, is licensed under cc-by-2.0, resized from the original.
Clinton Drew "Clint" Dempsey /ˈdɛmpsi/ (born March 9, 1983) is an American soccer player who plays for Seattle Sounders FC in Major League Soccer. He is the captain of the United States national team. He has also played for New England Revolution, Fulham and Tottenham Hotspur. In the 2010 FIFA World Cup, Dempsey scored against England, becoming the second American, after Brian McBride, to score goals in multiple World Cup tournaments.

END_OF_DOCUMENT_TOKEN_TO_BE_REPLACED 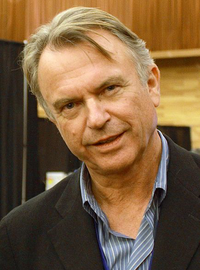 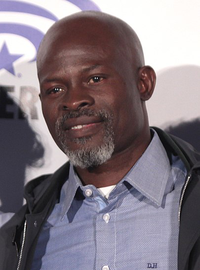 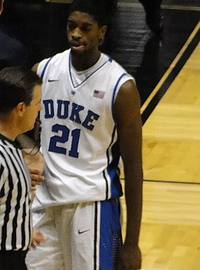 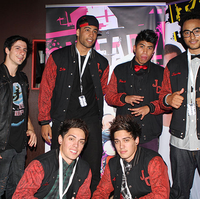