Vern Yip (born June 27, 1968, in Hong Kong) is an American interior designer based in Atlanta, Georgia. He periodically appeared on TLC's Trading Spaces through its fourth season, and was known for frequently including silk, candles and flowers in the rooms he designed. He is one of the panel of judges on HGTV's Design Star. Yip hosted four seasons of HGTV's show Deserving Design. Yip just hosted an HGTV special called Urban Oasis, in which he designed a Chicago loft in the Trump International Hotel, to be given away to a winner. 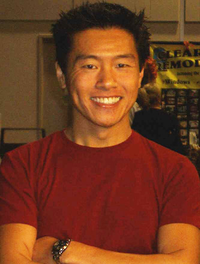