Susan Kohner (born November 11, 1936) is an American actress who worked in film and television. She is best known for her role as Sarah Jane in Imitation of Life (1959), for which she was nominated for an Oscar and won two Golden Globe awards. She played an African-American woman (of mixed ancestry) who passed for white as a young adult. After Kohner married in 1964, she retired from acting to devote time to her family. Her two sons, Chris Weitz and Paul Weitz, are both film directors, screenwriters and sometime actors. 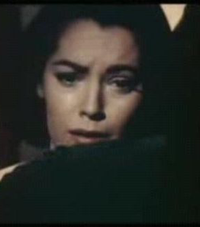