Glen Travis Campbell (born April 22, 1936) is an American country music singer, guitarist, television host and occasional actor. He is best known for a series of hits in the 1960s and 1970s, as well as for hosting a variety show called The Glen Campbell Goodtime Hour on CBS television.During his 50 years in show business, Campbell has released more than 70 albums. In 2005, Campbell was inducted into the Country Music Hall of Fame. 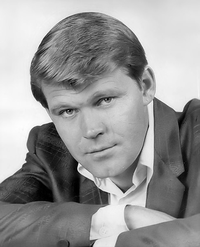