Alfonso Lincoln Ribeiro, Sr. (born September 21, 1971) is an American actor, television director, dancer and game show host. Ribeiro is most known for his role as Carlton Banks on the NBC sitcom The Fresh Prince of Bel-Air, as well as host of the GSN show Catch 21 and the ABC Family show Spell-Mageddon. He has also received attention for his performance in the title role of the Broadway musical The Tap Dance Kid and his appearance as a dancer in a Pepsi commercial also featuring Michael Jackson.In the UK, as well as for his role as Carlton Banks, he is known for taking part in the thirteenth series of the British reality show I'm a Celebrity...Get Me Out of Here!, where he came in 7th place, leaving on day 19. 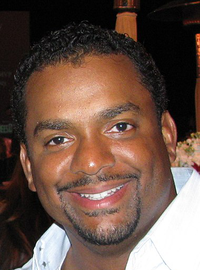