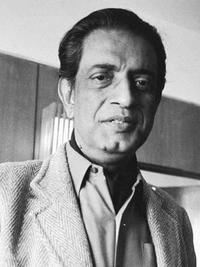 image credit
Satyajit Ray by Dinu Alam Newyork, is licensed under cc-by-sa-4.0, resized from the original.
Satyajit Ray (Shôtôjit Rae, About this sound listen ; 2 May 1921 – 23 April 1992) was an Indian filmmaker, regarded as one of the greatest auteurs of world cinema. Ray was born in the city of Calcutta into a Bengali family prominent in the world of arts and literature. Starting his career as a commercial artist, Ray was drawn into independent filmmaking after meeting French filmmaker Jean Renoir and viewing Vittorio De Sica's Italian neorealist 1948 film Bicycle Thieves during a visit to London. The Government of India honoured him with the Bharat Ratna in 1992.
birthtime credit:
None / Accuracy: poor

END_OF_DOCUMENT_TOKEN_TO_BE_REPLACED 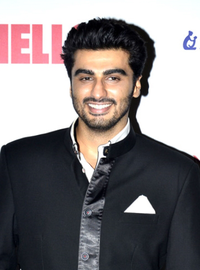 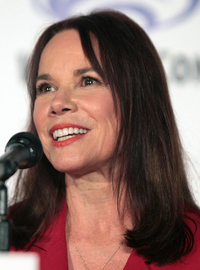