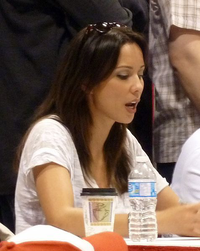 image credit
Lexa Doig by GabboT, is licensed under cc-by-sa-2.0, resized from the original.
Lexa Doig (born Alexandra Lecciones Doig on June 8, 1973) is a Canadian TV and movie actress. She portrayed the title role in the 2000 - 2005 Canadian-American science fiction-adventure television series Andromeda. She also portrayed the female lead role of Rowan in the science fiction-horror movie Jason X (2002), the 10th installment of the Friday the 13th film series.

END_OF_DOCUMENT_TOKEN_TO_BE_REPLACED 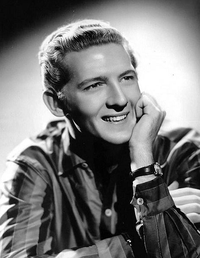