Lee Marvin (February 19, 1924 – August 29, 1987) was an American film and television actor. Known for his gravelly voice, white hair and 6 ft 2 in (1.88 m) stature, Marvin initially appeared in supporting roles, mostly villains, soldiers and other hardboiled characters. From 1957 to 1960, he starred as Detective Lieutenant Frank Ballinger in the NBC hit crime series, M Squad.In 1965, he won several awards, including an Academy Award for Best Actor, and Best Actor BAFTA and the Best Actor Golden Globe, for his dual roles in Cat Ballou. 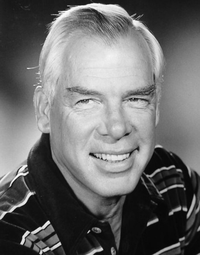