Gurdeep Roy (born Mohinder Purba; 1 December 1957), sometimes credited as Roy Deep, Gordeep Roy, or Deep Roy, is a Kenyan-born Indian-English actor, stuntman, and puppeteer. Due to his diminutive size, he has appeared in a number of similar-sized roles, such as the Oompa-Loompas in Charlie and the Chocolate Factory, Keenser in Star Trek, and in television series such as The X-Files and Eastbound & Down. 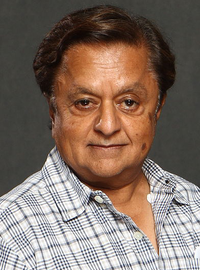 image credit
Deep Roy by Florida Supercon, is licensed under cc-by-2.0, resized from the original.