Cassandra Bankson (born November 11, 1992) is an American model and online personality from San Francisco, California. She has been featured on Good Morning America, The Today Show, and The Anderson Cooper Show, among other international television shows. She has been featured in magazines including Vogue, Seventeen, Glamour, Forbes, In Touch Weekly, Us Weekly, and the cover of Reveal Magazine and newspapers The New York Post, The Sun, and Pleasanton Weekly. 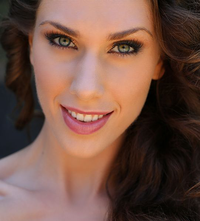