Akira was born in Manhattan, New York, the only child of Japanese parents,[2] both immigrants.[6] She lived in SoHo and moved to Tokyo at age 9 when her father, a portrait photographer, was relocated there for work.[2] She returned to the United States at age 13 and moved to Downtown Brooklyn and later Clinton Hill.[2] In a 2014 interview, Akira described her childhood as being "perfectly normal."[6] Her family spoke Japanese at home and were "health nuts" who avoided junk food. 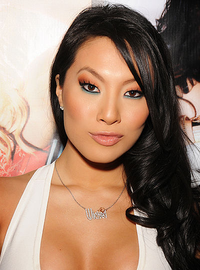 image credit
Asa Akira by Glenn Francis, is licensed under cc-by-sa-3.0, resized from the original.