Victoria Lynn Rowell (born May 10, 1959) is an American actress and dancer. She is best known for her portrayal of Drucilla Winters on the CBS daytime drama The Young and the Restless, and medical examiner/pathologist Dr. Amanda Bentley on the CBS drama Diagnosis: Murder. From 1993 to 2000, she appeared on both series simultaneously. 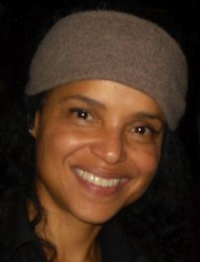 image credit
Victoria Rowell by Dmbrownproduction, is licensed under cc-by-sa-3.0, resized from the original.