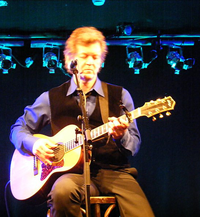 image credit
Rodney Crowell by Sean Rowe, is licensed under cc-by-sa-2.0, resized from the original.
Rodney Crowell (born August 7, 1950) is an American musician, known primarily for his work as a singer and songwriter in country music. Crowell has had five number one singles on Hot Country Songs, all from his 1988 album Diamonds & Dirt. He has also written songs and produced for other artists. He was influenced by songwriters Guy Clark and Townes Van Zandt. Crowell played guitar and sang for three years in Emmylou Harris' "Hot Band". He has won two Grammy Awards in his career, one in 1990 for Best Country Song for the song "After All This Time" and one in 2014 Best Americana Album for his album "Old Yellow Moon".

END_OF_DOCUMENT_TOKEN_TO_BE_REPLACED 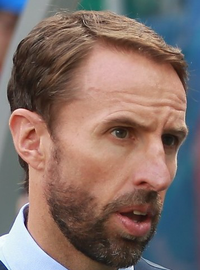 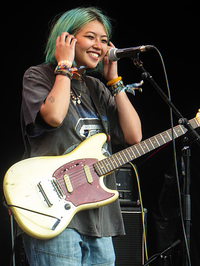 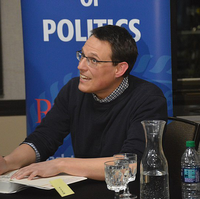 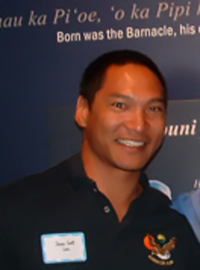