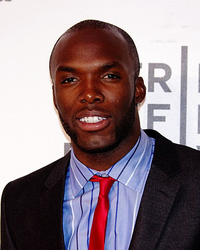 image credit
LaShawn Merritt by David Shankbone, is licensed under cc-by-3.0, resized from the original.
LaShawn Merritt (born June 27, 1986) is an American track and field athlete who competes in sprinting events, specializing in the 400 meters. He is a former Olympic champion over the distance and his personal best of 43.65 seconds makes him the sixth fastest of all time.He was a successful junior athlete and won the 400 m gold at the 2004 World Junior Championships in Athletics, as well as setting two world junior records in the relays. He became part of the American 4×400 meter relay team and helped win the event at the 2006 IAAF World Indoor Championships. He established himself individually in 2007 by winning a silver medal in the 400 m at the 2007 World Championships.He came out on top of a rivalry with Jeremy Wariner in 2008 by winning in the 2008 Olympic final in a personal best time, and by a record margin of 0.99 secs. He also broke the Olympic record in the relay with the American team, recording the second fastest time ever. Merritt established himself as the World Champion with a win at the 2009 World Championships in Athletics in the 400 m and the 4×400 m relay. In October 2010, he was suspended for 21 months for failing a drug test.

END_OF_DOCUMENT_TOKEN_TO_BE_REPLACED 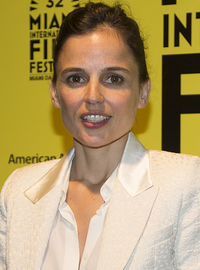 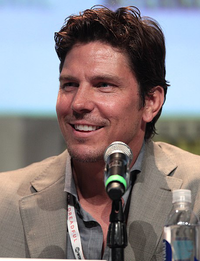 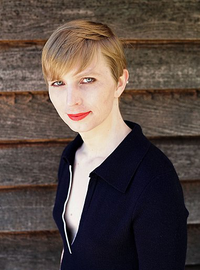