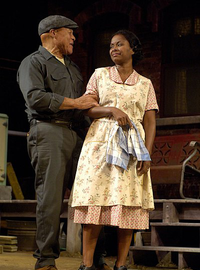 image credit
John Beasley (actor) by The Huntington, is licensed under cc-by-2.0, resized from the original.
John Beasley (born June 26, 1943) is an American actor known for his role as Irv Harper on the TV series Everwood and recurring roles on CSI, Millennium and The Pretender.