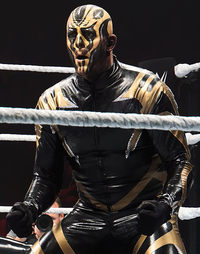 image credit
Goldust by Miguel Discart, is licensed under cc-by-sa-2.0, resized from the original.
Dustin Patrick Runnels (born April 11, 1969) is an American professional wrestler who is currently signed to WWE on the Raw brand under the ring name Goldust, where he teams with R-Truth as The Golden Truth. He is the son of the late WWE Hall of Famer Dusty Rhodes and the half-brother of former WWE wrestler Cody Rhodes. Runnels' enigmatic, flamboyant, sexually ambiguous gimmick of "Goldust" has remained popular in WWF/E. He is also known for performing in various promotions such as World Championship Wrestling (WCW) and Total Nonstop Action Wrestling (TNA) under the name Dustin Rhodes. Among the other names Runnels has performed under are Black Reign and Seven. Between WWF/E and WCW, Runnels has won 20 total championships. In WCW, he was a two-time United States Heavyweight Champion, a one-time Six-Man Tag Team Champion, and a two-time World Tag Team Champion. In WWF/E, he is a three-time Intercontinental Champion, a nine-time Hardcore Champion, a one-time World Tag Team Champion, and a two-time WWE Tag Team Champion.

END_OF_DOCUMENT_TOKEN_TO_BE_REPLACED 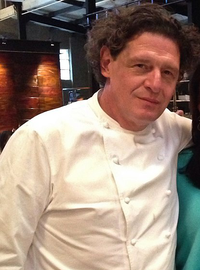 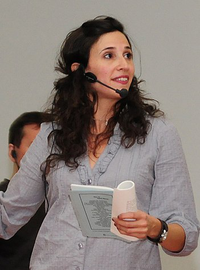 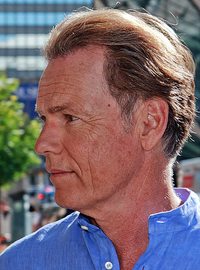 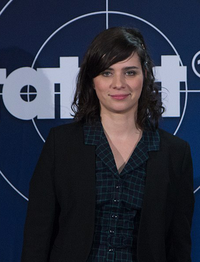