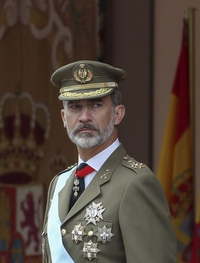 image credit
Felipe VI of Spain by DavidGM153, is licensed under cc-by-sa-4.0, resized from the original.
Felipe VI (/fɨˈlɪpˌ -ˈliː-ˌ -peɪ/, Spanish: [feˈlipe]; born 30 January 1968) is the King of Spain. He succeeded to the throne on 19 June 2014 following the abdication of his father, King Juan Carlos I. As heir apparent to the throne, he previously bore the title of Prince of Asturias, and worked to support philanthropic causes and to promote international fellowship among Spanish-speaking countries.In accordance with the Spanish Constitution, as monarch, he is head of state and commander-in-chief of the Spanish Armed Forces, and also plays a role in promoting relations with Hispanic America, the "nations of its historical community". He is married to Letizia Ortiz Rocasolano, with whom he has two daughters, Leonor and Sofía. Leonor, the elder, is his heir presumptive.
birthtime credit:
Rodden / Accuracy: excellent

END_OF_DOCUMENT_TOKEN_TO_BE_REPLACED 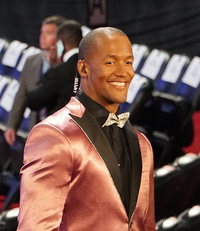 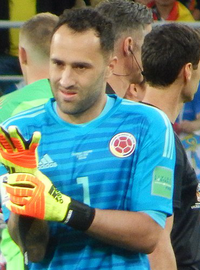 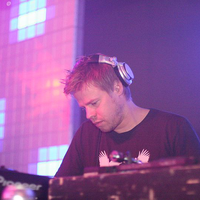 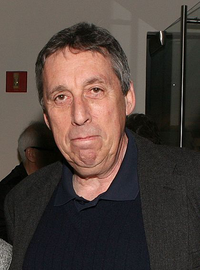