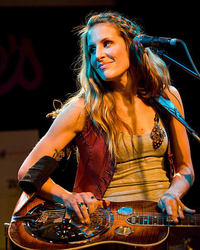 image credit
Emily Robison by Kirk Stauffer, is licensed under cc-by-2.0, resized from the original.
Emily Robison (born Emily Burns Erwin on August 16, 1972) is an American songwriter, singer, multi-instrumentalist, and a founding member of the female country band the Dixie Chicks. Robison plays banjo, dobro, guitar, bass, mandolin, accordion, and sitar. Initially in her career with the Dixie Chicks, she limited her singing to harmony with backing vocals, but within her role in the Court Yard Hounds, she has taken on the role of lead vocalist.
birthtime credit:
Taglilatelo / Accuracy: excellent

END_OF_DOCUMENT_TOKEN_TO_BE_REPLACED 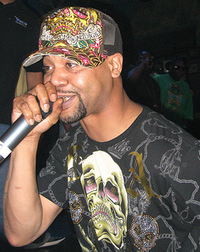 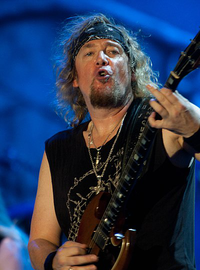 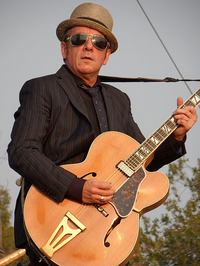 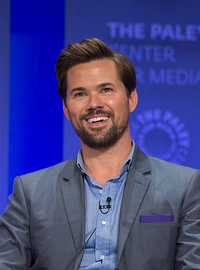