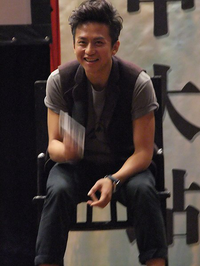 image credit
Deng Chao by jinn, is licensed under cc-by-sa-2.5, resized from the original.
Deng Chao (simplified Chinese: 邓超; traditional Chinese: 鄧超; born February 8, 1979 in Nanchang, Jiangxi) is a Chinese actor, comedian, director and singer. He achieved success when he acted as a leading role in the drama Cui Hua, Serve Suancai, please. After graduating from Central Academy of Drama, Deng became well known for his acting in the historical TV series The Young Emperor. He subsequently played leading roles in the TV series Happiness is like Flowers, Tough Love, Sweet Sweet Honey, The Heaven Sword and Dragon Saber, You are my brother, etc. Deng married Chinese actress Betty Sun .In 2010 they register their marriage and held they wedding the following year in 2011.Currently they had two children,one boy Deng Han Zhi and a girl Deng Han Yi.In 2013, Deng played a leading role in American Dreams in China, a movie about three young men from poor backgrounds achieving success by establishing a reputable English teaching school. The movie grossed 547 million yuan. In August 2014, Deng hosted the popular show Hurry Up, Brother. His recent comedies, The Breakup Guru (2014), Devil and Angel (2015) and The Mermaid (2016) are among the highest grossing comedic films in China.

END_OF_DOCUMENT_TOKEN_TO_BE_REPLACED 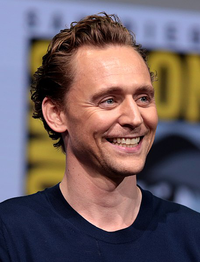 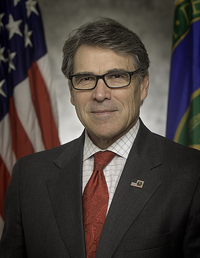 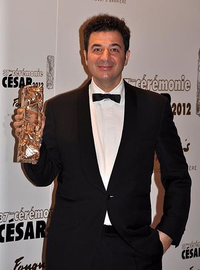 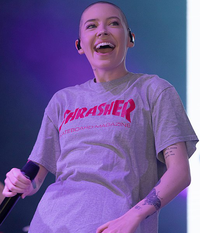