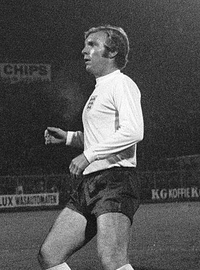 image credit
Bobby Moore by Koch, Eric / Anefo, is licensed under cc-by-sa-3.0, resized from the original.
Robert Frederick Chelsea "Bobby" Moore OBE (12 April 1941 – 24 February 1993) was an English professional footballer. He captained West Ham United for more than ten years and was captain of the England team that won the 1966 World Cup. He is widely regarded as one of the greatest defenders of all time, and was cited by Pelé as the greatest defender that he had ever played against. Moore is a member of the World Team of the 20th Century. He won a total of 108 caps for the England team, which at the time of his international retirement in 1973 was a national record. This record was later broken by 125-cap goalkeeper Peter Shilton. Moore's total of 108 caps continued as a record for outfield players until 28 March 2009, when David Beckham gained his 109th cap. Moore was made an inaugural inductee of the English Football Hall of Fame in 2002 in recognition of his impact on the English game as a player. The same year he was named in the BBC's list of the 100 Greatest Britons.

END_OF_DOCUMENT_TOKEN_TO_BE_REPLACED 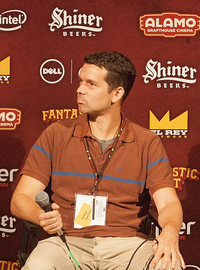 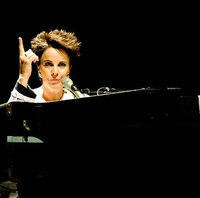 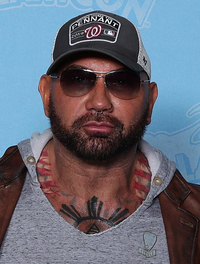 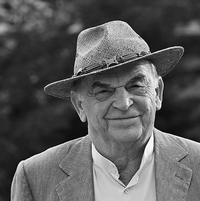