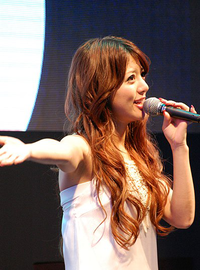 image credit
Alan Dawa Dolma by kanegen, is licensed under cc-by-2.0, resized from the original.
Alan Dawa Dolma (Tibetan: ཨ་ལན་ཟླ་བ་སྒྲོལ་མ་, ZYPY: Alain Dawazhoima; simplified Chinese: 阿兰·达瓦卓玛; traditional Chinese: 阿蘭·達瓦卓瑪; pinyin: Ālán Dáwǎzhuómǎ; born on July 25, 1987), professionally known as Alan (stylized as alan or aLan) (Japanese: アラン, simplified Chinese: 阿兰; traditional Chinese: 阿蘭), is a female Chinese singer active in both Chinese and Japanese music industry. She is of Tibetan ethnicity. Discovered by Avex Trax at an audition in China in 2006, she made her debut in Japan the following year. Her main producer and composer is Kazuhito Kikuchi and she is also known for playing the erhu. In 2009, her ninth Japanese single "Kuon no Kawa" debuted at No.3 on the Oricon weekly charts, the highest ever by a singer from China.

END_OF_DOCUMENT_TOKEN_TO_BE_REPLACED 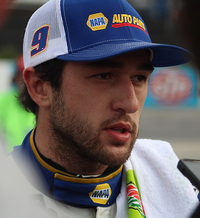 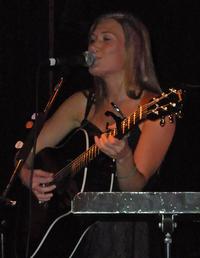 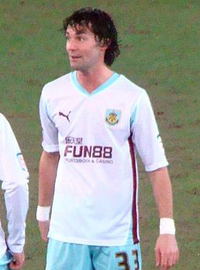 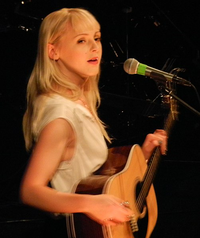